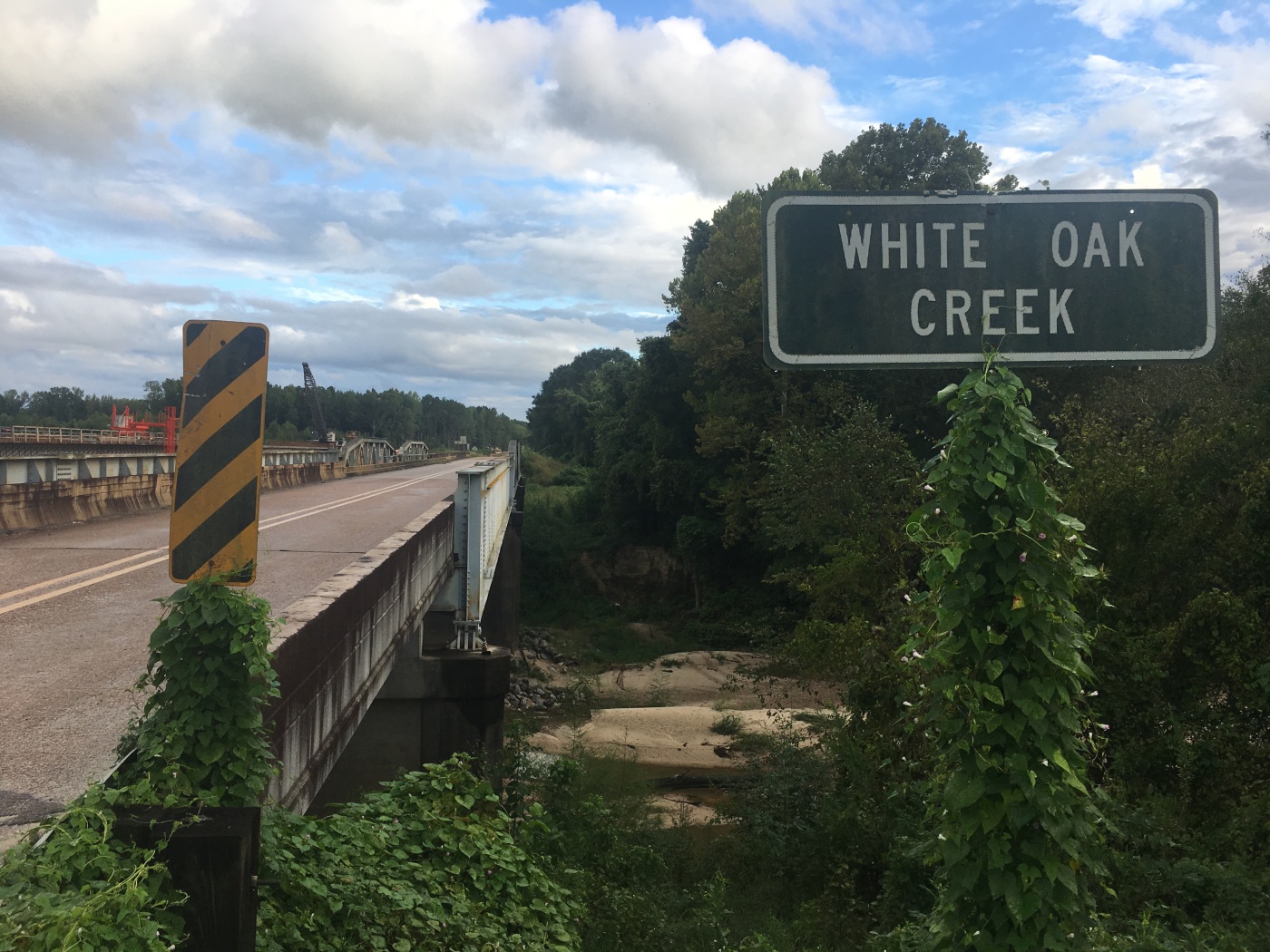 If you’ve been to the campus lately, I’m sure you’ve seen the new bridge that’s being built over White Oak Creek on Highway 18.

The bridge that MDOT is replacing actually has a pretty neat story.

When Holtzclaw first built the school on this site, students would arrive via train on the Little J rail line. This train route connected Jackson to Natchez and went through all the little towns along Highway 18 (you can still see the depot in Carpenter a few miles south of the campus). For Utica students, the train would stop alongside the tracks and drop them off a mile and a half from the campus. You can see the original site where the “Utica Institute Station” was located on Traxler road (there weren’t any buildings though; just a rail siding). If you wanted to get off at the Utica Institute, you’d just let the conductor know and they would stop the train. If you wanted to get on the train, you’d flag them down as they were coming through. In the early days of the institution, students would walk from the rail station over to the campus. In the process, they had to cross White Oak Creek on their own with whatever luggage they were carrying as they made their way to the campus.

END_OF_DOCUMENT_TOKEN_TO_BE_REPLACED

Check out today’s article in the Clarion-Ledger for news about our upcoming lecture series.

Hinds Community College’s Utica Campus has received a grant from the National Endowment for the Humanities (NEH) to highlight the work of the campus’ founder, William Holtzclaw, a pioneer in African American education.